Awesome! We are so excited that you chose to join our Indigenous way community. We hope you can use all the great information for optimum health and a pain free life. We hope you enjoy this eBook! For immediate contact, email us at: TheIndigenousWay@comcast.net Sincerely yours, Vic and Ty 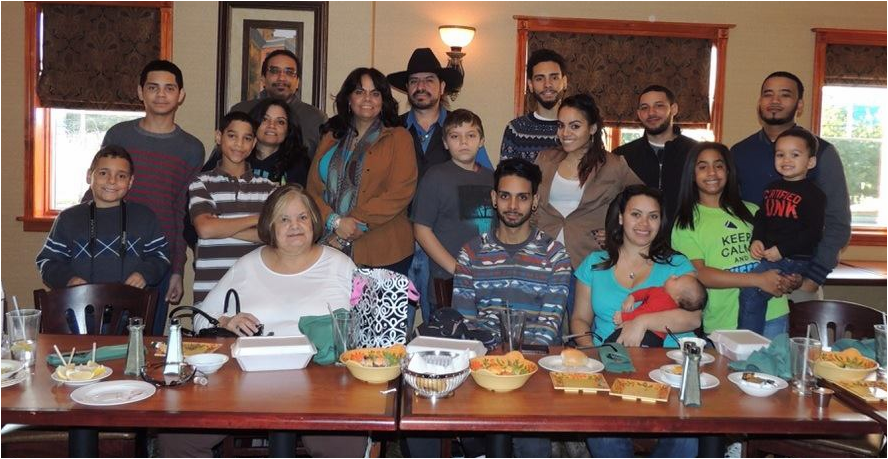 ​Each year I have the daunting task of assisting my school aged children with projects that revolve around Thanksgiving and Native Americans.  And this year was no different.  The lesson of giving thanks for our food on one day each year defies what we Indigenous teach in our home.  We give thanks for every meal, and we give thanks all day long; for everything in the day, including waking each day, food, family, and life in general.

Yes, we celebrate Thanksgiving just as all families; and have done so for many generations, however, it was taught to us by the early churches along with Christmas, Easter, and many other holidays.

We as an Indigenous culture have never really associated this holiday with our ancient traditions.  We continue to have quiet little customs that define our local community and when these customs are considered; we find that these little things still take place many hundreds of years later.

Let’s first consider that there are over 500 Indigenous “Tribes” with many thousands of offspring that we call communities.  A community being many generations, from great-grandparents to children and that could consist of a few hundred in just one family!  In our community, we have one of our oldest traditions that get confused with the holiday of Thanksgiving.

The Big House gathering which took place many times a year, and lasted 12 days, including one in the fall during the harvest of late summer foods, was a way of life.  Some would travel to the coast and bring a large harvest of seafood back to our communities. Those foods were eaten and the remainder was dehydrated and preserved for winter use.   We did not kill deer or turkey or anything for a holiday, we killed the animals for survival, for food and only when needed!

This practice was and is still considered as a necessity and not a ceremony or holiday.  Each day is celebrated as a gift and nothing is taken for granted with our Indigenous community. This indigenous way of life is taught to generations through the little quiet customs that continue to take place even today.

Unfortunately, there continues to be incorrect information that associates our traditions with the European holiday of Thanksgiving.  According to historian Jeremy Bangs, director of the Leiden American Pilgrim Museum, the Pilgrims may have been influenced by watching the annual services of Thanksgiving for the relief of the siege of Leiden in 1574, while they were staying in Leiden. Now called Oktober Fest, Leiden's autumn thanksgiving celebration in 1617 was the occasion for sectarian disturbance that appears to have accelerated the pilgrim’s plans to emigrate to America. In later years, religious thanksgiving services were declared by civil leaders such as Governor Bradford, who planned the colony's thanksgiving celebration and fast in 1623 the practice of holding an annual harvest festival did not become a regular affair in New England until the late 1660s.[i]

According to Rev. Dr. Randy S. Woodley, the Wampanoag, was slow to introduce themselves to the newcomers, and treated the Pilgrims well when they finally made themselves known.  They also felt compassion since so many settlers died in 1620, that the Natives brought local food to the Pilgrims festival since there was not enough for the European feast.  This included foods that were harvested as well as caught.  When the Natives did arrive, the feast was already in progress.[ii]

There is also a dark side of this holiday to millions of Indigenous Native Americans who view the holiday as a national day of mourning and will not celebrate Thanksgiving at all. To them, the Thanksgiving stories are the settler's justification for the genocide of Indigenous peoples.  They are correct!  Just the very next year, many Indigenous people were killed, and by the very same people that they helped to survive.

Now that we have the brief history of our American Thanksgiving holiday exposed, let’s get deeper in the history of the background of the concept of giving thanks for our bountiful harvest.
The earth's bountiful harvest has been celebrated with ceremonies of giving thanks for thousands of years. Many ancient farmers believed that their crops had spirits. Harvest festivals and celebrations of thanksgiving were all held by the ancient Greeks, Romans, Hebrews, Chinese and Egyptians.

The festival of Thesmosphoria was held each autumn. On the first day of Thesmosphoria, married women would build leafy shelters furnished with couches fashioned from plants. On the second day, the Roman ladies fasted but, on the third day, a feast was held of seed corn, cakes, fruit and pigs. It was hoped that thus, the gratitude for such gifts would grant a good harvest.

The Romans also celebrated a harvest festival called Cerelia. This honored their Goddess of Corn...Ceres, from which the word "cereal" is derived. The festival of Cerelia was held each year on October 4th and gifts of pigs, together with the first fruits of the harvest, were offered to Ceres. This Roman celebration included music, parades, games, sports and a thanksgiving feast.

The ancient Chinese celebrated their harvest festival, known as Chung Ch'ui, with the full moon that fell on the 15th day of the 8th month. Families would gather together to partake of a thanksgiving meal, feasting on roasted pig, harvested fruits and the "moon cakes." It was believed that during the three-day festival of Chung Ch'ui, flowers would fall from the Moon and those who saw them would be rewarded with good fortune.

Jewish families also celebrate a harvest festival which they call Sukkoth. Taking place each autumn, the Hebrew Sukkoth has been celebrated for over 3000 years and is known by two names: Hag ha Succot, meaning "Feast of the Tabernacles" and Hag ha Asif, meaning "Feast of Ingathering." This celebration last for eight days.

The ancient Egyptians celebrated their harvest festival in honor of Min, God of Vegetation and Fertility. The festival of Min was held during the springtime, the Egyptian's harvest season. A parade in which even the Pharaoh took part took place. After the parade a great feast was held complete with music, dancing, and sports.[iii]

Well, with all that said, all I can say now is “Happy Thanksgiving and Let’s Eat”!